THANK YOU FOR SUBSCRIBING

Thank you for Subscribing to Aerospace and Defense Review Weekly Brief

Benjamin Pezzillo, Founder
The real estate industry, a stranger to data-driven technologies only a few years ago, is now well-acquainted with advanced decision-making capabilities that foster operational autonomy, efficiencies, and certainty. Various startups and enterprise organizations are riding this wave of innovation to perfect, through data science and data analytics, their next moves. Contextually, data science transforms millions of points of information into the most granular comprehension of the past, present, and future submarket performance.

At the juncture of all these intersections, helping businesses navigate the volatile, complicated, and ever-changing landscape to make superior decisions is Pactriglo.

Benjamin Pezzillo founded Pactriglo in 2016 to help the real estate industry find buildable lots in Los Angeles by creating a system that measured the three-dimensional utilization of existing by-right zoning. Motivated by the thought that Los Angeles could become one of the world’s megacities in the 21st century, Pezzillo decided to create an information platform upon which a denser and more vertical city could be built.

“I calculated the zoning utilization for every property in Los Angeles, by unit count and by floor-area-ratio,” says Pezzillo.

Pactriglo’s solutions aid a project’s completion in less time, resulting in a faster groundbreaking and, in turn, speeding a return on investment.
Outfitted with concise, critical, and clear-cut technological expertise, the company focuses on speeding real estate development by avoiding those conditions that trigger a bureaucratic process or a discretionary review.
In more recent years, Pactriglo turned its attention to reveal the historic underlying municipal lots that allow for more units on a county tax parcel than are there now.

“I started thinking about the fourth dimension of real estate, time. In other words, the velocity of project,” says Pezzillo. “By looking at the review factors in a major city that slow down the development of property, you can speed ROI by starting with property that has by-right development potential for urban infill.”

Pactriglo’s approach is essential for housing-stressed cities like Los Angeles, where a zoning change will take years due to the required bureaucratic process and the ever-present possibility of political resistance.

The Historic Lot analysis Pactriglo offers clients is the company’s most intriguing use of data to reveal underutilized land. Essentially, Pactriglo identifies where one county tax parcel has more than one municipal building lot.

“Historic Lots don’t exist everywhere,” says Pezzillo, “But in cities like Los Angeles, Seattle, and Denver, where they do exist in significant quantity, the ability to focus acquisitions on tax parcels with a detached single-family structure, which have multiple existing municipal lots – each sizable enough to allow for its own SFD, it’s a game changer for urban infill. No lot line redrawing or parcel splitting necessary – the municipality surveyed buildable lots who knows when and that lot survey then got covered-over by the tax assessor parcel survey.”

Pezzillo does not talk too much about how they do what they do. But among their proprietary tools is one that identifies where the same owner already owns contiguous pieces of property.

“We’ll show you existing land that is suitable for your desired project, and then focus on relevant characteristics of the project,” says Pezzillo, “knowing that speed and certainty will provide you a competitive advantage as well as the desired outcome in the end.”

“We generate proprietary geospatial data and combine it with detailed, municipal-level zoning information that developers and builders need to move a property to their next level of analysis,” says Pezzillo. “Imagine already knowing exactly which existing lots match your product, not crunching deal flow to see if it pencils out for your time, energy, and effort. Big data translated to actionable intelligence.”

“It’s rewarding and sometimes surprising to see how our company’s intellectual property is used by others to fuel their business models,” says Pezzillo. 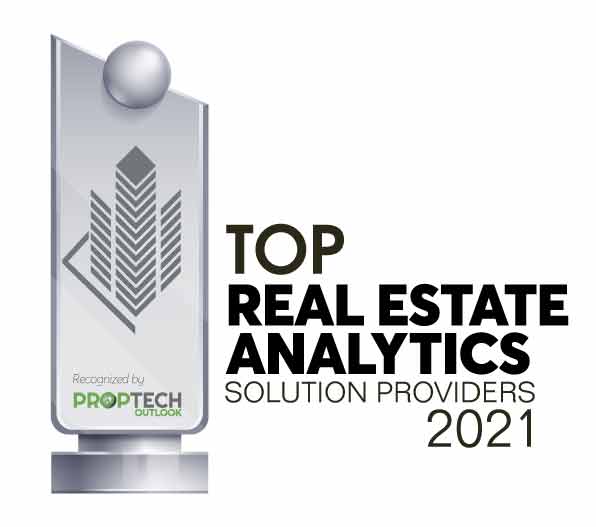 "Let us gather and organize the information, integrate it, and customize it to your desired characteristics and deliverables, then we will help you analyze and reveal things that you might not have seen before so you can see the future and what you do next"

However, if you would like to share the information in this article, you may use the link below: